Chinanews, Beijing., November 6 – PetroChina announced on November 5 that it had arranged to import 100 thousand tons of oil by the end of last October to meet the urgent demand in the domestic market.

Meanwhile, PetroChina is working hard to boost its own diesel oil production, despite the fact that the low temperature in winter might pose great challenges to both the production and transportation processes.

It is said that PetroChina’s plan for the 4th quarter of 2007 involves a much higher goal than last year, as at least 2.13 million tons more of crude oil will be processed, and the oil product storage of PetroChina will reach 150 thousand tons, which will be put in the market very soon.

PetroChina will also accelerate the building of 10-million-ton-scale oil and storages in Dushanzi, Dalian and Guangxi, to the oil industrial structure.

With the arrival of winter, the demand for diesel oil will be eased, and its price might drop by then.

Chinanews, Chongqing, Nov. 7 – While private Chinese have made great contributions to the development of private economy in China, a recent survey shows that 90% of them experience heavy work pressure. Despite this, all the private entrepreneurs are optimistic about their future development.

The result of the survey was published on Monday.

Based on the information gathered in the recent three years, it can be found that when filling in the questionnaires, nearly 90% of the private entrepreneurs chose "experienced big or big pressure in life", said Li Lan, director of the Human Resources Training Department under the State Council Development and Research Center.

However, many private entrepreneurs said they felt optimistic about the future. About two-thirds of the entrepreneurs plan to increase their investments and more than half of them consider hiring more staff in the next stage, Li said.

Apart from work pressure, many private businesspeople have experienced some pressure from society at large. The pressure might result from people's different views and their different cultural backgrounds. When asked “do you agree with the allegation that in today's society, many people misunderstand private entrepreneurs and even hate the rich?” more than half of the respondents chose “yes.”

Chinanews, Shanghai, November 7 – According to a report by Glitnir Bank on produced by this country, China has become the biggest sea producer, and the average sea product consumption per capita here will increase by 30%-40% in the next 13 years.

Glitnir Bank mainly offers financial services to the sea products trade. Its report says that in 2005, China produced 51 million tons of raw sea products. By now, China contributes to 35% of the total production of this industry.

In 2006, China exported sea products worth of billion, to rank No.3 in the world.

Though China’s sea products output has greatly increased, its fishing scale has been on the decline these years.

“With the rapid development of sea product and a much more reasonable price, China will surely become more attractive than its rivals in this field,” says the report.

Chinanews, Beijing, November 7 – “With the steady growth of the income of Chinese residents, by 2020, 55% of the families will earn an annual income of more than 60,000 yuan, reaching the standard for middle-income families,” said Zheng Xinli, a researcher of the Central Institute of Policies.

The standard was released by the National Statistics Bureau, saying that a family with an annual income between 60,000 yuan and 200,000 yuan can be a called middle-income family. Such families are considered to be the of a stable and well-off society, thus it is the central government’s top concern to increase the number of middle-income families.

“If the income of the Chinese people keeps growing, say, at 7% every year, the goal will definitely be met by 2020. Actually, 78% of urban families will reach the standard by then, and the proportion in rural areas will be 30%,” said Zheng.

According to Zheng, 2% of Chinese families will earn an annual income of more than 200,000 yuan by then.

At present, China should start to work hard to lift more lower-income people to the higher-income earners group, said he.

Edible oil firms urged again to be reasonable in price-setting

Nov.7 - China's major oil producers and traders were urged again on Tuesday by the central government to exercise self-discipline and to be reasonable in price-setting in the wake of rising market prices for the product.

In a harshly-worded statement, the National Development and Reform Commission (NDRC), the nation's top economic planning agency which price affairs and other economic and social matters, said edible oil producers and traders would face punishment, including fines of up to 300,000 yuan (US,000), and have their business for of price laws and regulations.

Major edible oil executives and leaders were summoned to Beijing on Monday by the commission for a closed door meeting where the government asked them to step up production to in the soaring market prices, the commission said in a statement made public late on Monday.

A NDRC official who asked not to be identified, said it was understandable for the edible oil processing firms to raise prices as a continuous rise in the prices of raw materials had increased their production costs.

Rough statistics from various regions revealed the prices of domestic edible oils rose 20 percent from November last year to June as prices for peanuts and other oil-bearing crops rose.

However, the latest weekly market monitoring report by the of Commerce showed the prices of cooking oil fluctuated only slightly between Oct. 22 to Oct. 28. The price of peanut oil edged up 0.1 percent from a week earlier, while rapeseed oil was down 0.1 percent. Soybean and blended oils were basically the same.

In a statement made after the meeting, the NDRC spelled out five requests, including increasing the supply of more small-packaged oils to meet market demand.

In addition, oil processors were not allowed to disturb market order or stoke up fear for price hikes by raw materials, rigging raw material supplies, cutting production or restricting supply.

Price hikes must be kept within reasonable and be made when absolutely necessary, it said, adding that oil processors must enhance cost controls, improve management and absorb the costs from raw materials as much as possible.

The NDRC also warned large cooking oil not to collude in setting prices or to provide short measures or shoddy products.

Under current price conditions, enterprises should transfer part of their interests to the people and cherish their public reputation, it said.

Industrial associations were also required to provide guidance to firms, make sure they abided laws and regulations, enterprises in cases of unfair competition, and to keep market informed of malpractice.

If the price hikes exceeded the extra production costs market supervisors would step in, it warned.

China's consumer price index, a key measure of inflation, rose by 6.2 percent in September after hitting an 11-year high of 6.5 percent in August. Food prices, which contribute significantly to CPI, jumped 16.9 percent from January to September over the same period last year, according to the National Bureau of Statistics.

上一篇：Middle-income families to take up 55% of the total by 2020 下一篇：Alibaba.com nearly triples in HK debut 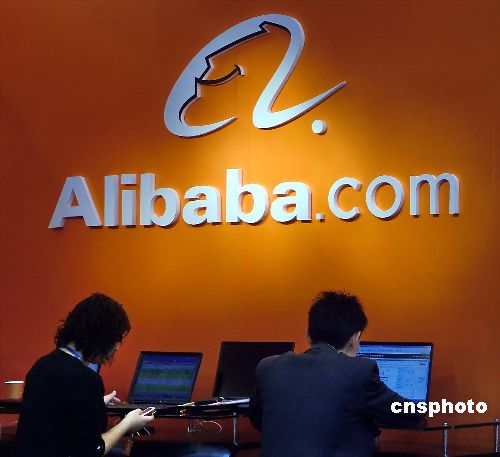